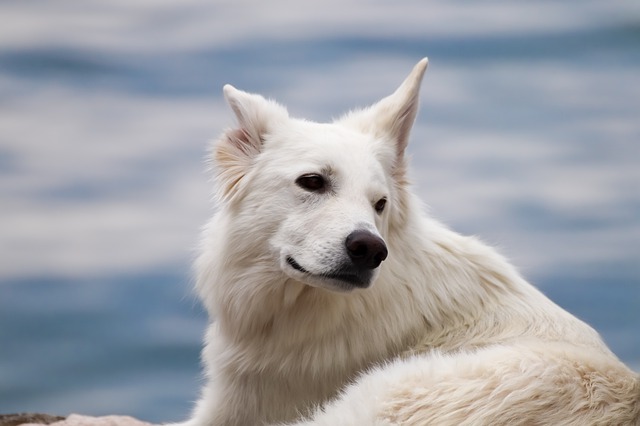 No Comments on How does dog hear world around it?Posted in Dog care By userPosted on August 22, 2020

How the dog hears and communicates with the world around it? The dog does not have all of its senses highly developed. We notice that it has a very good sense of smell unlike humans. Also, it can hear sounds inaudible to humans. In this post we are going to focus on the sense of hearing, but more importantly how dogs use their ears to listen to what is around them.

The dog’s ear is made up of over 18 different muscles that control its movement. These movements are not always visible. It turns out that their beautiful ears are not only there to protect the ear canal and allow it to hear, they are also there to send messages to the world around them.

Ears come in all kinds, because they can naturally take different shapes and sizes, especially if humans do not touch them. You can therefore observe short or long ears, straight or drooping ears, flexible or rather stiff. The amazing thing is that they are all mobile! Yes they move even when you don’t realize it.

Its ears are therefore equipped with a minimum of 18 muscles per ear which allows it to control and move them in a more or less nuanced way. But the exact number of muscles will depend on the breed of your dog as some have around 100 muscles per ear. Which is why your dog can hear much better than you! Dogs with erect ears can hear better because their cone-shaped ears help focus sound waves. In all cases, dogs move their ears to facilitate hearing. Have you ever seen your dog “prick up” its ears when it heard a sudden sound? Have you ever seen your dog’s ears move like a periscope following the direction of sound without needing to move its head?

Watching your dog’s ears, therefore, can be very informative and give us insights into what is going on beyond a path, without us being able to see or hear anything.

The sense of hearing in dogs

Dogs therefore have better hearing than humans, no doubt about it. They are more sensitive to it and it is important to understand it since it means that a noise which may seem harmless to our ears can ultimately significantly disturb a dog.

Dog’s fine hearing is four times greater than in humans. In addition, it perceives sound waves of 50,000 hertz, whereas humans will perceive these waves up to 30,000 hertz. For example, a sound that humans will no longer hear beyond 4 meters will still be audible to dogs up to 25 meters!

It is also known that the dog better hears high-pitched sounds than us. This is why you can use ultrasonic whistles. We can in particular observe shepherds guiding their herd dog more than 50 meters thanks to the conditioning with the whistle. Each sound emitted by the whistle will correspond to a particular command that the dog has learned. Despite external stimuli (crowd, wind, and other noises), it can distinguish between several sounds and target one in particular.

This incredible hearing can also cause it inconvenience on a daily basis, because what does not bother us, can bother it. Our pet can hear a not so loud laughter behind a wall, but also be disturbed by electronic devices in the house.

It is therefore easy to understand how sensitive a dog is. And that it can feel bad at home despite all our care.

How dogs use their ears

Dogs use their ears in everyday life. Even if it can live very well if it is deaf! We know that hearing is important, since the dog vocalizes a lot. This is a characteristic that it retained during its evolution. It also vocalizes a lot with humans, which facilitates social interactions between our two species. The dog is the only specie of canine to vocalize frequently.

Even if the dog understands better the indications by gestures / signals, it is enough to be the owner of a dog to notice that it will be sensitive to the tone you used The intonation therefore plays a more important role than the word itself.

In addition, your dog’s ears are also a visual signal, an indication for humans but also for other dogs. The dog’s ears can show its feelings at the time:

flattened ears + dog with head down and tail down can mean: I’m not looking for a fight, I come in peace, leave me alone.
flattened ears + head held high + frank gaze + tense body can mean: do not go any further or I will show you!
ears erect + more playing position can mean: intention to play or even the excitement and joy.
This is why ear trimming is not good for the dog. Even if this is “well” done and does not cause pain to the dog, it can cause communication failures, or even cause a fight because the dog will be misunderstood by the other dog.

The dog’s ears are therefore very important in its life as they allow it to hear, but also to communicate well!

How does dog hear world around it?