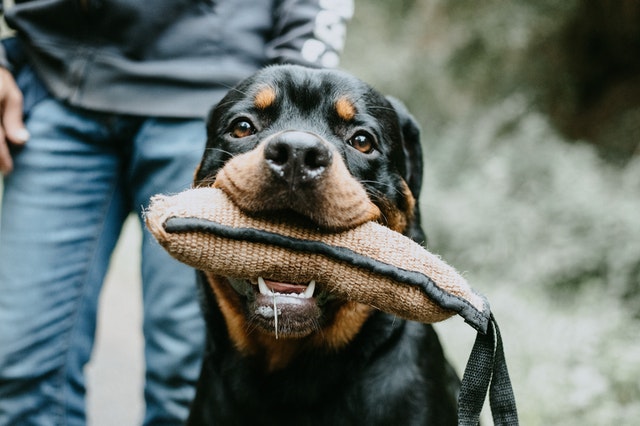 No Comments on You can’t teach an old dog new tricks?Posted in Training & education By userPosted on January 10, 2020

Training a puppy is both stimulating and rewarding. Because your puppy is so new to this world, he is able to learn quickly and you don’t have to worry about previously learned negative behaviors.
As you begin to socialize your puppy, you will notice whether he is comfortable with the environment or not. Courageous puppies are not afraid to approach older dogs by standing, pushing their chest out and biting their ears. Conversely, shy puppies will try to make themselves smaller than older or restless dogs.

Educating a puppy is often easier, because it will be more naturally attached to its new owner. The puppy needs reassurance, so there is often no reason not to want to cooperate with his human, especially if the human is doing it in a positive way.
Puppies often have an easier time learning because their brains are more plastic and the neural networks that govern learning through the establishment of wired networks develop into adulthood. There is therefore a favorable ground for the establishment of neural networks.
An older dog will also be able to do this but the terrain will be less favorable, his neural network will already be formed. The brain is less plastic. So that’s why a puppy will adapt more easily and learn faster.

It is not impossible to train an adult dog, but it can sometimes take longer and sometimes a little difficult for several reasons.
This is because unlike puppies, adult dogs often exhibit bad behaviors, and these behaviors are more difficult to unlearn than to learn. Also, if you adopted the dog at a later age, you may not always be aware of the traumatic experiences that would have contributed to his disturbing behaviors.
In addition, an adult dog does not always trust its new family, sometimes it takes time. Which can make certain interactions more suspicious or a little inhibited. The dog dares less often for fear of being punished.

With patience and persistence, you can successfully train your dog, even if he is an adult.
When it comes to socialization, every dog ​​is different, and their ability to socialize depends on their past experiences, personality, and many other factors. If your adult dog exhibits anxiety or aggression when trying to socialize, contact a dog behaviorist trainer, so as not to make the situation worse.
Educating an adult dog is far from impossible because learning works the same for all dogs (even if learning there are several methods or exercises). Sometimes you just have to be more patient, but ultimately it’s just a matter of how the teacher feels. Personally, I find it just as cool to take an adult as a puppy! On the other hand, if nothing is impossible, sometimes we do not work a miracle. Indeed, if your dog has been validating himself in bad behavior for 10 years, it will be difficult to decondition him.